Math Reform (or: An Essay in Mathpoetry)

In the spirit of Harry Hess' revolutionary 1962 paper (An Essay in Geopoetry) that set the basis for Plate Tectonic theory and shook the foundations of Geology to its roots but provided no firm evidence or research to support its points, I am titling this blog post "An Essay in Mathpoetry." I doubt it will shake the foundations of teaching mathematics to its roots, but having been a HS math teacher for 15 years prior to becoming a tech facilitator, I have observed lots of changes in math curriculum, and witnessed (and participated) in lots of facets of the 'math wars' over curriculum, technology, calculators and pedagogy, and I have an idea...but I have no research or firm evidence other than my own experience to back my opinion. But then again, that's the perk of having your own blog. :-) 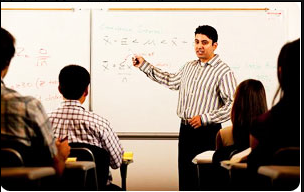 Despite striving to be a modern educator, using collaborative tools and exploring ways for the kids to lead the learning, my math classrooms were very traditional. I often was the 'sage on the stage', guiding instruction with examples and lectures, my teaching notes were meticulous and I carefully scaffolded problems until the kids could see the patterns and could use the underlying mathematical principles in more and more complex situations. The kids were often in rows, isolated with their thoughts and deeply immersed in solving problems, collaborating when necessary, but responsible for their own work. Although I tried, when appropriate, to provide 'real world' examples for the math we were learning, it was always challenging,  limited in scope and a little forced. I always felt a little guilty about this, as the literature and lunch table conversation was about 'using real-world examples' and 'making it authentic', however the mental world my students and I occupied was already rich with ideas and concepts, and I almost never had students who claimed they felt that they missed something by not being given examples of how completing the square would be useful in their lives, or what the role of imaginary numbers would be once they graduated college. I found that, just as a chess player can get immersed in a challenging game with a fair opponent into a state of 'flow' as described by Mihalyi Csikszentmihalyi, my students did not need concrete examples and real life applications to become immersed in the process: increments of success with ever-increasing complexity was enough to draw them in. The beauty was in being able to crack the shell of a complex math problem, use the correct mathematical tools to break it down, and express the solution in the most efficient and standardized form. It didn't matter that the problem was a purely theoretical construct, with numbers and structure rather than apples and pears, and the answer was not expressed in terms of 'how much land should Farmer Brown plant'. The process was as meaningful, and as meaningless, as trying to checkmate your opponents King. And just as challenging and open-ended. And satisfying. 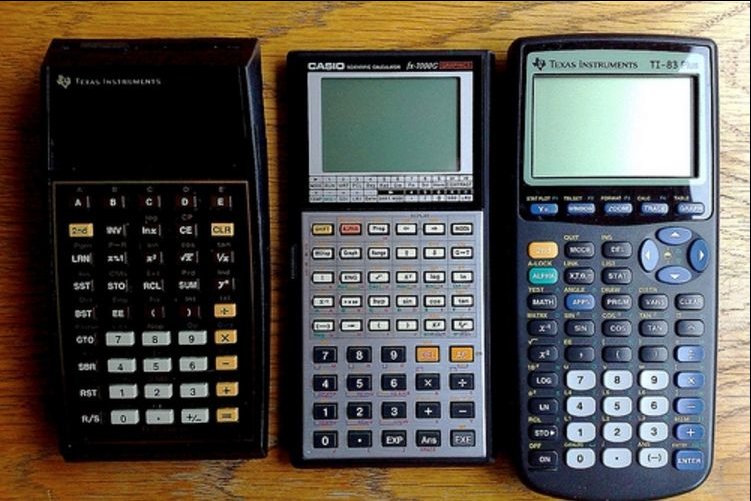 This disconnect between teaching ideology and my pedagogy grew with the release of ever more powerful calculators. As calculators evolved beyond 'number crunching machines' into having more advanced features like a Solver, graphing ability, symbolic notation and CAS operations, more and more, kids could get the 'right' answer by inputting the problem and hitting a button, entirely circumventing the underlying processes. And just as having a cheat code to a game diametrically changes the game experience, having these technical tools drove a change in pedagogy. Math teachers starting using  sensor devices to generate acceleration data, temperature probes to gather data from which to derive logistic curves (using a plotter and solver), and the growing challenge became less about how to scaffold problems of growing complexity, but how to run classroom experiments that had dependable results so students could extract the mathematical concepts, but were authentic enough that they were meaningful. In short, 'good' math classrooms began to look a lot like good science classrooms.

I'm not opposed to this: authenticity is a wonderful thing, and many (even most) students require this to internalize their learning. Many students comment on how they never really understood Calculus until they took Physics and had to use it. Or never understood Geometry until they took a surveying class and had to apply it. Applied concepts are essential, for many. However, science teachers are already quite good at running good science classrooms, and a lot of Theoretical math is being lost in the process, and we may have thrown out a bit of the baby with the bathwater.

Some students actually thrive more on Theoretical Math, rather than Applied math, and many teachers are quite adept at teaching Theoretical Concepts. There is a legitimate debate about what is 'mathematical thought'...I attended a presentation from a renowned math teacher from Philips Exeter Academy who showed us some problems using 'clock arithmetic'. He concluded that the kids were learning to think in a different base and modulo, and that this was a great example of extracting 'mathematical thought' in a physical activity. I challenged him, asking why learning to crack a 5th degree polynomial by hand to find all the precise roots, real and imaginary, by using Descartes' Rule of Signs and the Fundamental Theorem of Algebra, was not 'mathematical thought'. His response was that it was no longer necessary or useful to do that, as the calculator could find all roots and express them, even irrational ones. My point was that the kernel of the activity was not the solutions, but in the process involved in figuring out how to find them using purely mental tools.

Our world still needs theoretical mathematicians; people who like to solve incredibly complex abstract mathematical problems and who do not require any basis in the physical world. This is the underpinning of Encryption, Cosmology and a host of other disciplines. As many have said: mathematics is not necessarily applied mathematics. And HS science teachers already have a conceptually rich environment to use applied mathematics; why should math teachers try to compete with or replicate this?

My proposal is that HS math and science curriculums should differ in ideology. Science classes should teach the amount of applied math needed to understand the physical scientific concepts in their courses, and all kids should be required to take an abundance of these classes. This will develop a group of citizens who not only understand basic scientific principles, but also have enough mathematical skill to participate in intelligent debate, and who see math as a useful and important skillset for existing in the modern world. Science/math courses should use calculators, computers and all sorts of technologies to assist with helping kids find actual, practical and usable solutions and to be able to represent and interpret situations and results.

Math departments, on the other hand, would be smaller and focus on Theoretical or Pure math. Those students who enjoy finding solutions to abstract problems, with an early emphasis on solving problems by hand, could take these courses as electives, taught by teachers who prefer to teach this content. The non-calculator based coursework would establish a firm understanding of the concepts underpinning the procedures, and students could be encouraged to delve into deeper theoretical questions about patterns and theories. And being released from having to offer these courses to ALL students would free up the curriculum for those who truly thrive on teaching and learning this material.

Anyway, I'd love to set up a program that did this; put the 'real world' math and the abundant math tech tools (calculators, etc) in the hands of the science teachers, and let those who liked to play with numbers and patterns immerse themselves in Pure math. They could still use technologies, of course; sharing findings online, recording their efforts and sharing ideas and suggestions via blogs, voice thread, youtube, and online programs etc. Calculators and other devices would be available once the students felt that they had a good understanding of the concepts and principles, but the consistent technologies would primarily be about sharing and communicating, rather than generating solutions or data and trying to extract the (sometimes quite sublime) underlying mathematics.

Posted by Anonymous at 6:55 PM

My Helpy Blog for Mac Users

Blasts from the Past

Visitors to this blog